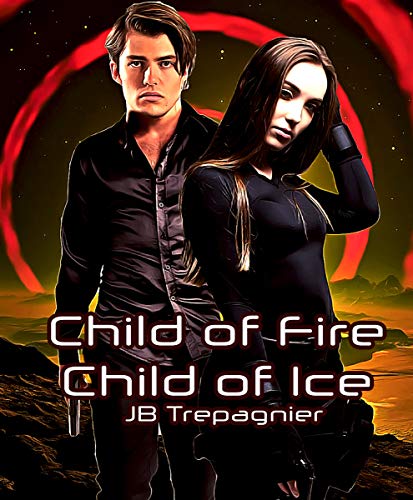 
(RainHand Books will be beginning its new review initiative soon - there has been some delay in the wake of the COVID-19 situation. For the time being, please enjoy a selection of my previously published reviews of books by self-published/independent authors, appearing for the first time on Rainhandbooks.com!)

Let me begin by saying that the premise of this book is a good one. There's nothing really new under the sun anymore in my opinion - it's just a matter of what unique spin we can put on the tried and the true. I felt that this tale was able to be different in a pleasing way, and the way that it seeks to mix the feel of sci-fi and fantasy together was successful. In that respect, I thought there was a solid story here with a lot of potential.

The trouble I had with this book appears to have already been mentioned in a number of comments so I feel as though I'm reiterating, but for the sake of a complete review I believe I ought to include it. In short, this book is in need of an editor's eye. I found it rather difficult to parse some of the text for the following reasons:

2) A jumble of rapid-fire pronouns that make it difficult to determine which characters are being referred to.

4) Short, choppy sentences that would flow better if combined.

5) Large infodump sections that could stand to be broken up throughout the story so as not to appear pedantic.

Note that some items on my list above seem contradictory - in some places I speak of excessively long sentences and too many pronouns, whilst in others, I talk about sentences that are too short, and too many names all at once. What I think this book needs is to strike a balance between the two in both cases. Merging of very short thoughts, setting of commas to or breaking up very long thoughts, and taking care to consider which characters of what genders are in each scene, so a mixture of names and specific pronouns can keep the reader dialed in to who is where, and saying what (this is especially important when all the characters being referred to are of the same gender, since the obvious assignment of 'he' and 'she' is lost). I think it would be of some benefit to trust the reader a bit more too, in terms of letting them form some mental images and come to some conclusions in their head. This can be a daunting task, but there's a definite balance between setting a scene for the play, and just acting it out one's self.


About the Author: JB Trepagnier is a huge liar. She first started lying as a child when someone asked who colored on the walls. She later went on to major in art, so they really should have framed it instead of sending her to the principals office so many times. When she was fourteen, she wrote a very large lie into several notebooks, which later became her first book, Midnight's Sonata. Rather than dabbling in politics and possibly ending up in jail for lying when it counts or under oath, JB chooses to craft elaborate lies into word documents and use them for entertainment rather than harm because she is really batman, just without all the money to fight crime ('About' info reprinted from goodreads.com.)