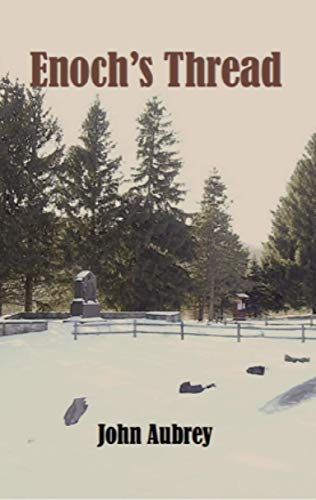 I’ll admit up front that I’m usually not a huge fan of conspiracy stories (be they occult/religious or anything else). Still, I was intrigued enough by the premise to give this one a try, and it was worth the time. For one, I have to appreciate all the work that went into generating such a narrative. Despite the ‘work of fiction’ disclaimer at the outset, it’s clear to me that such a piece could not have been properly conceived without a lot of research on the author’s part, and it shows. The ‘threads’ of religious apocrypha, scientific theory, and climatological concerns spin together well; resulting in a colorful, clever tapestry revolving around characters complex enough for me to care about and become invested in. I’m not particularly knowledgeable of the subject matter aside from some past encounters/experience with the LDS church, but I didn’t have to be, and so I stuck around for the end. Yes, I know it’s only fiction…but it’s real enough to leave you wondering, and I can’t think of a more successful feeling to instill in a reader when they walk away from such a tale.

I can’t really find a whole lot of fault here. Some technical issues; minor enough to be beneath specific mention. The biggest one for me was the terseness of the prose, which occasionally left me feeling as though I was reading a report (I’m more of a flowery, literary fiction type). This in turn resulted in a bit of trouble keeping my focus, although relatively short chapters (and thus more opportunities to take a break) helped. There are a number of intimidating ‘text-walls’ throughout that might benefit from even a minor 6-point lead between paragraphs. I can’t really think it fair to make something like that a formal criticism however, since it’s no ‘error’ – just a reader’s preference.

I hesitate to bring up the Da Vinci Code as a reference point here since that’s sort of a least common denominator approach, but I really could see Enoch’s Thread held in a similar vein – perhaps even on the big screen, someday. In previous reviews I have often said something along the lines of ‘if this sort of thing is your cup of tea, go for it’. This time, however, I think it’s fair to recommend that folks try out a new flavor. Even if you don’t end up switching your daily brew over entirely, I think you’ll be pleased to make Enoch’s Thread your refreshing cup of exception.


About the Author: Writing this book became part of a larger plan to use occult practice against disaster capitalists who endanger us all; because Art creates Life.
('About' info reprinted from amazon.com.)