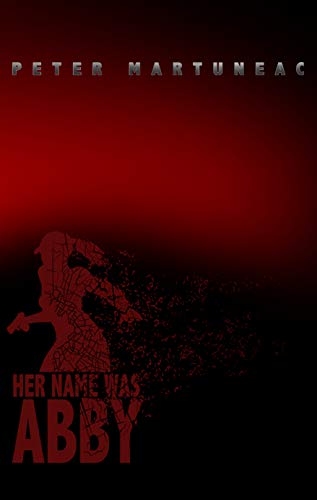 "You didn't think it was over, did you?"
RainHand Rating:
Find Her Name Was Abby on Amazon, and Goodreads!

Well, for once I got to start at book one! It’s always troublesome to review a sequel when you’re coming in cold. This time I didn’t have to. Her Name Was Abby is the second book in Peter Martuneac’s “His Name Was Zach” series, and adds enough to the story to suggest it be given an overall name beyond just that of the first book. I’ll say the same thing I say just about every time – start at book one, you’ll be glad you did. As a worthwhile read from word one, you really need that backstory from the first tale to appreciate the second. I’m still more a fan of the zombie movie than the zombie TV series, but there’s no option for that by the time we get to this sequel, so I’ve just got to take it for what it is.

Her Name Was Abby is book two of the series, and weighs in at just about the same chunky length. We’re swept right back up into the story by an applause-worthy prologue – this is what a good prologue should be. Short, sweet, smacks you upside the head and demands you take notice. Abby, now in the spotlight by herself, is nowhere near any sort of resolution, and it’s time to head off on another adventure in the hopes of getting her there. We already know Abby and so not as much initial character development is required here, but I still felt well invested in her and her situation. Once again, you’ve gotta care enough to want to root for the hero/heroine. And so I do.

Length, however, is still a double-edged sword, and I still think this series is in need of some shaving down. It’s not always a good thing to pack in every possible detail, and there’s something to be said for the psychological advantage of a reader feeling as though they’re making good progress, which becomes tougher the more they have to get through. Again, detail is not a bad thing per se. It’s a question of quality over quantity.

Writing, like any craft, is always improved upon with experience. In the second installment I saw some marked improvements of things I was critical of in the past. I no longer feel quite so alienated by the excessive attention to military/firearm details. They’re still present, but they didn’t toss me off base so far this time. Then again, maybe I know what to expect now and so perhaps I just wasn’t noticing as much. Overall the author’s technique has improved all across the board – if there’s a part three to this, I’ll look forward to checking out that continued progress.

In short – if you liked the first one, definitely keep up with the second. If the first was meh to you, then you should probably leave it at that. So anyway, can I spoil the ending now, can I? …fine, just read it already.

Nice cover too, by the way. So simple and yet says so much.


About the Author: Husband, father of two, Boilermaker alum, and former United States Marine. Ever since reading The Lord of the Rings at a young age, Peter has wanted to be a writer. "His Name Was Zach" is his debut novel, followed by the short story prequel"Abby: Alone". A second novel is in the works, entitled "Her Name Was Abby".

Peter's writings tend to share a theme that focuses on PTSD and the different ways people cope with trauma, some healthy and others not. He also writes about redemption, and not being chained to your former self.

P.S. Martuneac is a Romanian name, and is pronounced "Mar-TOO-knee-ack", for all those wondering. ('About' info reprinted from goodreads.com.)